Effects Of CBD On Our Brain And Body

Effects Of CBD On Our Brain And Body 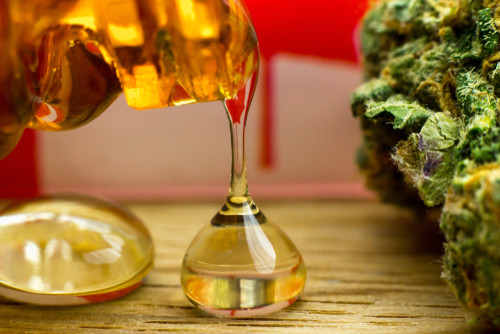 CBD is a cannabinoid that is derived from the cannabis plants that are gaining popularity for its therapeutic properties. CBD products have quite a name in the health and wellness industry. In this article, we will explore the effects of CBD on our brain and body.

Brief Note On CBD And Its Uses

CBD contributes to the long list of compounds contained in cannabis plants. The cannabinoid is present in all types of cannabis plants that include marijuana and hemp, although their concentrations vary from plant to plant. Marijuana is known for its significantly large THC content while hemp plants have CBD as its major cannabinoid.

CBD has wide-ranging applications in the therapeutic and wellness industry. Here are some of its applications.

Influence Of CBD On Brain Activity

As you all know, human brain is constituted by a number of highly specialized nerve cells – neurons. These neurons connect with one another by sending chemical messengers called neurotransmitters through the gaps (between two neurons) called synapses.

Dopamine and serotonin are some neurotransmitters that are produced within the brain. The brain responds to chemical messengers that are produced outside the body also. The chemical messengers include CBD and THC, the plant cannabinoids. Except when taken in topical form, CBD enters your brain by traveling through your bloodstream. On reaching the brain, the compounds interact with some but not all the neurons present.

Effect Of CBD On Receptor Systems?

CBD is never seen to directly interact with CB1 or CB2 – the two cannabinoid receptors. Instead, it exerts an indirect influence on the response of these receptors. CBD is known to have the ability to increase the levels of cannabinoids that are produced within the body (endocannabinoids) through an inhibitory action on the enzymes that break them down.

Additionally, CBD is also seen to influence several non-cannabinoid receptor systems; for instance the opioid receptors. Pharmaceutical pain killers, as well as commonly abused drugs like heroin and morphine primarily target the opioid receptors. CBD also interacts with the dopamine receptors that are crucial in regulating various cognitive and behavioral aspects including motivation and reward-seeking behavior.

Although it lacks sufficient scientific research and proof, the effects suggest the possibility of using CBD to control drug cravings. The interaction of CBD with the serotonin system is also relevant when it comes to handling addiction. Animal studies have revealed that CBD activates multiple serotonin receptors in the brain. These interactions are crucial in its ability to reduce drug cravings. The interaction with the serotonin system is also relevant in the context of the anti-anxiety properties of CBD.

CBD And The Serotonin System

The ability of CBD to interact with a serotonin receptor – serotonin 1A is associated with a wide range of its therapeutic benefits. The interaction suggests that CBD can be used to handle neuropathic pain, opioid addiction, anxiety, depression, nausea, and vomiting, as well as the negative symptoms of schizophrenia.

All therapeutic benefits offered by CBD are based on its interaction with the endocannabinoid system that handles various bodily functions.

Tags: effect of CBDEffects of CBD on our brain