Can We Use CBD To Treat Mood Swings?

Can We Use CBD To Treat Mood Swings? 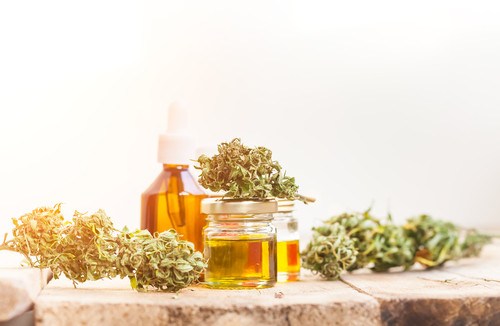 Many people experience rapid mood swings and it is rarely considered a physiological problem or a disease. Most of us connect our erratic mood fluctuations to a physical state of mind, rather than a hormonal issue. However, mood swings are often caused by neurochemical issues in certain areas of our brain like the amygdala, hippocampus, and hypothalamus. These areas comprise the limbic system which is responsible for regulating emotional conditions like stress, depression, and anxiety. And like any other network of the CNS, endocannabinoid receptors too can be observed in the limbic system. This means that CBD and other cannabinoids are likely to have a very good role in maintaining emotional health at chemical levels.

Studies have found that cannabinoids present in the amygdala and hippocampus are directly related to the release of monoamine neurotransmitters that have an important role to play in ensuring emotional well-being and mood regulation. Here, we will discuss the use of CBD oil for mood swings. Read along to know.

Some mood swings can be caused by acute stress but some others can be caused by underlying physiological or chemical problems in the form of neurochemical imbalance or hormonal irregularity. It is found that the changes in mood and emotion are regulated largely by the actions of dopamine and serotonin. Irregularities in these chemicals can result in unpredictable shifts in overall emotional response and cognitive behavior.

The levels of serotonin and dopamine in the body are regulated by endocannabinoids present in the endocannabinoid system. Several studies have proved this. Nonetheless, does this mean that mood swings caused by chemical imbalances are due to endocannabinoid deficiencies and CBD for mood swings can be an effective remedy? While there is not much direct evidence to definitively make the claim, it is more likely that this can be the case. Many studies and publications have stated the role of the endocannabinoid network in maintaining emotional and mental well-being.

The ECS is a network of cannabinoids and cannabinoid receptors and performs many roles from the release of hormones in the thyroid gland to neural communication in the CNS and even the production of insulin in the pancreatic cells. The naturally occurring cannabinoids in our body interact with cannabinoid receptors to establish internal cellular balance and homeostatic regulation. When there is a deficiency of these endocannabinoids, many of the bodily functions can be affected and in such situations, natural cannabinoids like CBD can help re-establish the balance and cell-to-cell interactions.